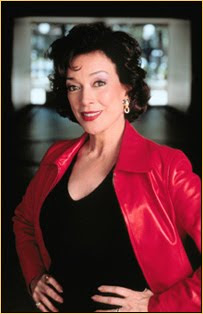 I had the good fortune of meeting her ten years ago when she delivered the keynote address at the West Tennessee Strawberry Festival’s Governor’s luncheon. Our former governor was unable to attend due to the death threats he was receiving for having suggested that Tennessee might benefit from increased revenue generated through the establishment of a state income tax. We didn’t care; we had Dixie Carter!

Dixie Carter arrived late. There had been much discussion in town of whether or not she would ride in an open car during the Festival parade that morning. We’d finally learned that her fair skin might have been adversely affected by the bright sunshine. She rushed into the room looking trim and beautiful in a sleeveless white sheath dress. She stepped to the microphone and, like the nice Southern lady she was, apologized profusely for having kept us waiting. She went on to explain, “Well, I know y’all heard I didn’t want to get sunburned today, but I looked so PALE in this white dress that I decided to use some of that fake tanning cream. Well, it took forever, and that’s why I’m late!”

She didn’t talk much about her career that day. She spoke of growing up in rural West Tennessee, of her beloved Daddy living with her in California, of the passing of her brother, of how deeply upset she had been by the divorce from her daughters’ father (concerned for the impact it might have on them). We laughed and cried, enjoying being in the palm of this spellbinding lady’s tiny hand.

Afterward there was a long line of people waiting to speak with her. I thought, “Why not?” and waited near the end of the line. As it turned out, the line moved quickly. Until I stood before her, telling her how much I was enjoying her then-current television series, Family Law on CBS. She claimed to recognize my name. I think she was being kind, but we did have a mutual friend. She might have spoken of me to Ms. Dixie.

Dixie warmed to the topic, placing her wrists on my shoulders and smiling up at me. She said she was enjoying playing attorney Randi King, a woman who served jail time for the murder of her abusive husband. She said, “She’s so different from ME or from anyone I’ve ever played.” I told her I loved the chemistry between her and Randi’s 25-year-old Latin paralegal Andres Diaz, played by Ricky Martin look-alike Cristian de la Fuente (Dixie was 60 at the time!). She laughed and said, “While we’re having our love scenes, I just look up in that young man’s mouth and, do you know, he doesn’t have a single filling in his head!”

By then, I’m sure the people behind me were becoming impatient. Suddenly she announced, “I’m so sorry, y’all, but I HAVE to go to the bathroom! I didn’t have time when I got here, ‘cause I was running late.” She smiled, waved, shook another hand or two, and off she went. Someone behind me said, “Well, Bill, I thought she was gonna kiss you!” I smile when I think of that. I sort of wish she had …

I saw her a few other times at the first and second season opening events at the performing arts center in Huntingdon, Tennessee, named in her honor. Her husband, Hal Holbrook, was there as well. He seemed every bit as kind and gracious as she was. The theater in her Center is named in his honor. Linda Bloodworth-Thomason, creator of Designing Women, was there one night. It was a treat seeing the person who created those memorable characters and provided so many of the wise and hilarious lines they spoke. I remember having a slightly surreal feeling watching Dixie and Hal looking through the glass at their old stage costumes, displayed next to photographs of themselves in Mark Twain Tonight and Streetcar Named Desire.

I had my picture made with her at the Tennessee Arts Commission’s Governor’s Awards in the Arts in 2007. Her home town of Huntingdon won an award that night in honor of their admirable work in creating a performing arts (and academic enrichment) center in rural Tennessee. She actually lived outside Huntingdon in McLemoresville, population 259 in the 2000 census, but Huntingdon High School was her alma mater. 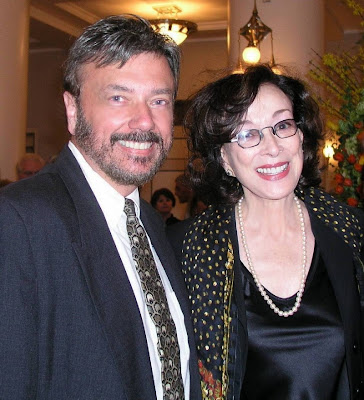 I’m so pleased that she received an Emmy nomination for her guest role on Desperate Housewives in 2007. Why she wasn’t nominated for her signature role as Julia Sugarbaker on DW, well, I’ll never know.

In case you haven’t seen it for a while, here’s her most famous “Terminator” speech. Watch and enjoy … and remember.