Blue and Gold in a Flash!

It's time for another Tablescape Thursday with Susan of Between Naps on the Porch! I was NOT ready for the party this week, but I wanted to participate. So ... here's what happens when I get home from work on Wednesday after 5 and start the process of creating a table post from scratch. Well, I actually set two tables ... you'll see.

Partly because I was in a hurry and partly because the salad plates I'm using inspired me to aim for a quiet simplicity, the settings aren't elaborate -- just a dinner plate, salad plate, cloth napkins, and one glass per place setting. Instead of a floral centerpiece, I used single fern fronds in julep cups (silverplated goblets on the smaller table) and tealight candles in glass holders down the center of the table. 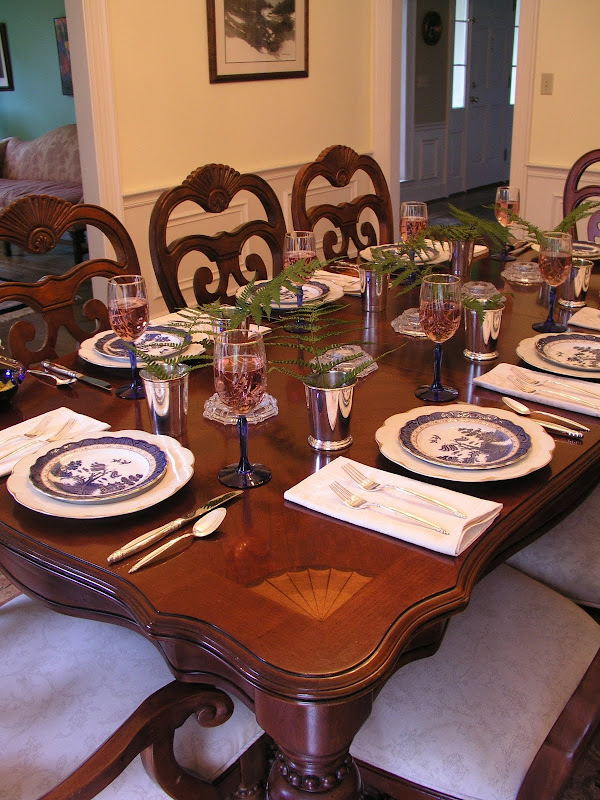 The salad plates are English, Booths Real Old Willow. I particularly like the scalloped edges and gold rims. I think it sets them apart from other blue willow patterns. These are from a recent estate sale. The pattern was introduced in 1906, but the backstamp indicates that these were produced between 1944 and 1981. When the Booths factory closed in 1981, Royal Doulton decided to continue production of Real Old Willow, with their own backstamp, adding the words "The Majestic Collection." This Willow/Majestic range was produced on a translucent china body, rather then the opaque silicon china one. It was in production from 1982 until 1999.

The cobalt blue stemmed glasses are from three different thrift stores (99 cents or less per glass). I don't know the pattern, and Replacements.com lists them as "unknown." Do you know the manufacturer? 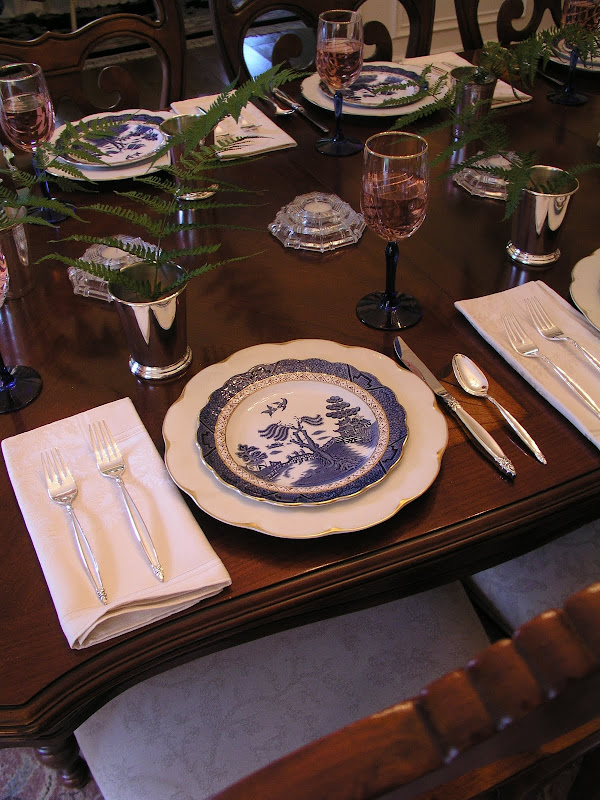 Sometimes simplicity is the best approach (especially when you're playing beat the clock!). 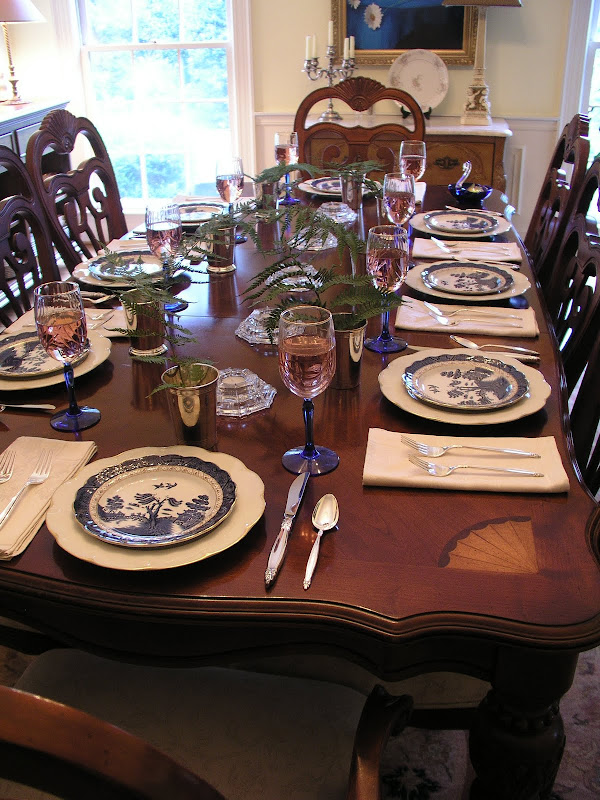 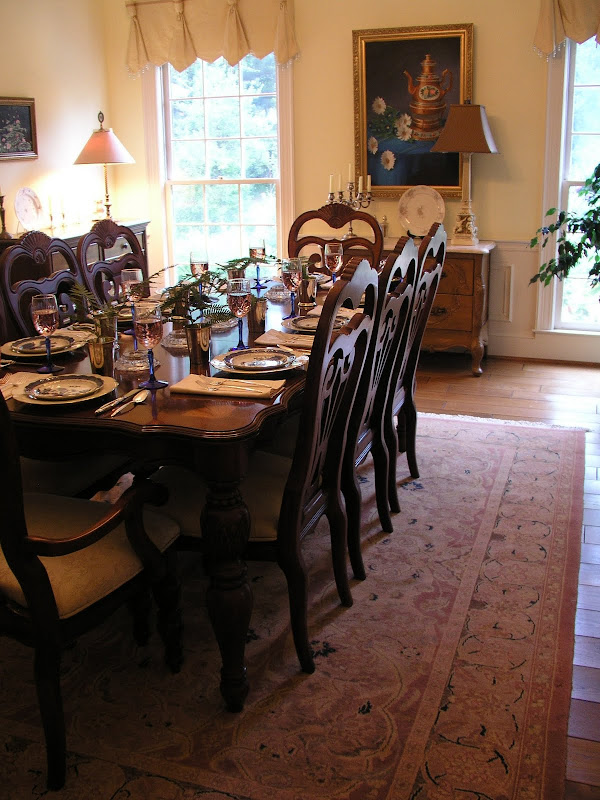 I've used the mid-century 1847 Rogers Bros. flatware in past tablescape posts. The clean lines seemed appropriate for these tables. 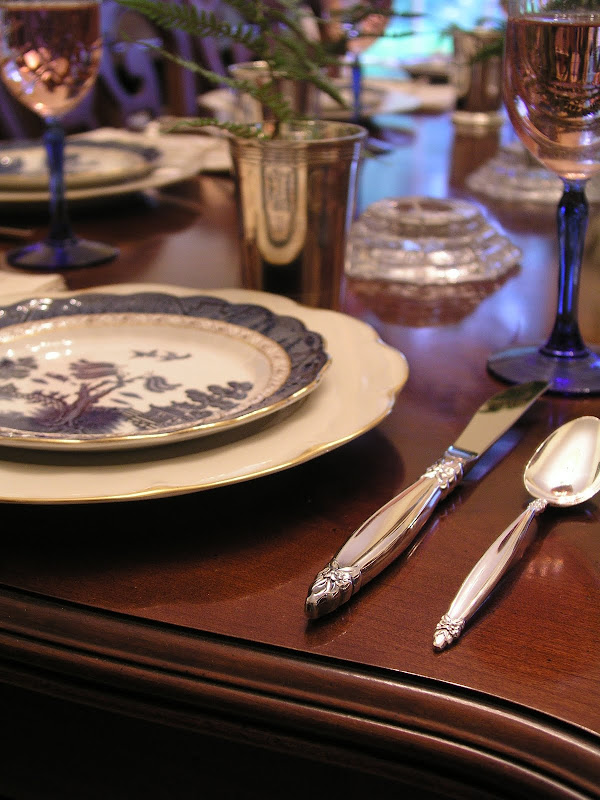 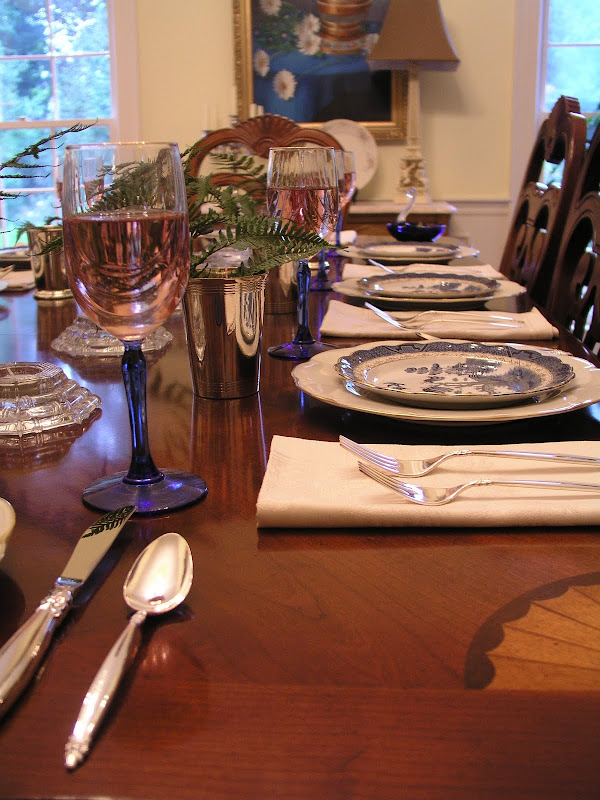 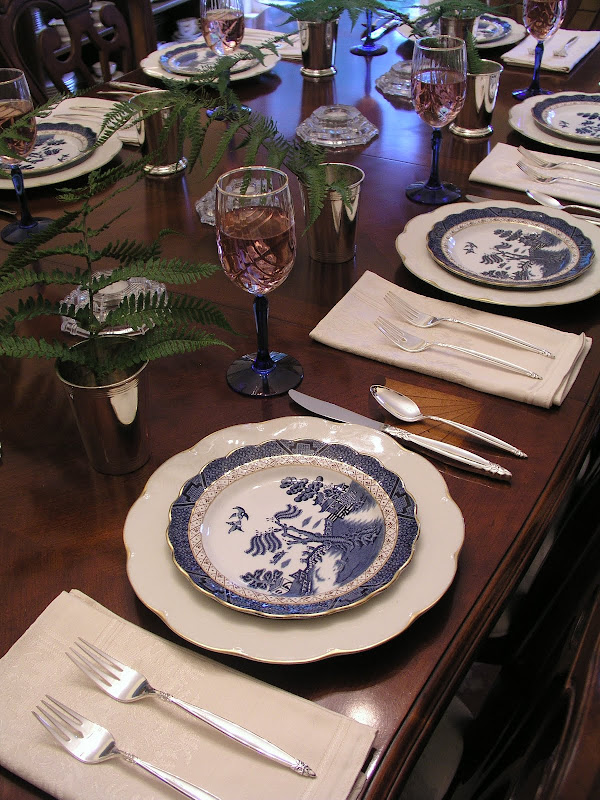 The dinner plates are Concorde by Haviland. 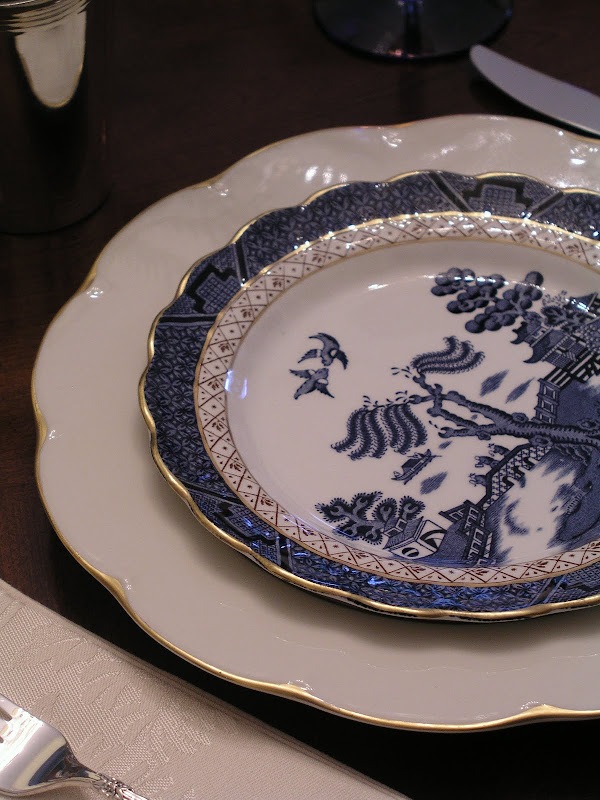 I brought in a glass topped outdoor table (quick clean up and an old sheet underneath to protect the rug) and covered it with a thrift shop bedspread. The wicker chairs are from the sunroom. 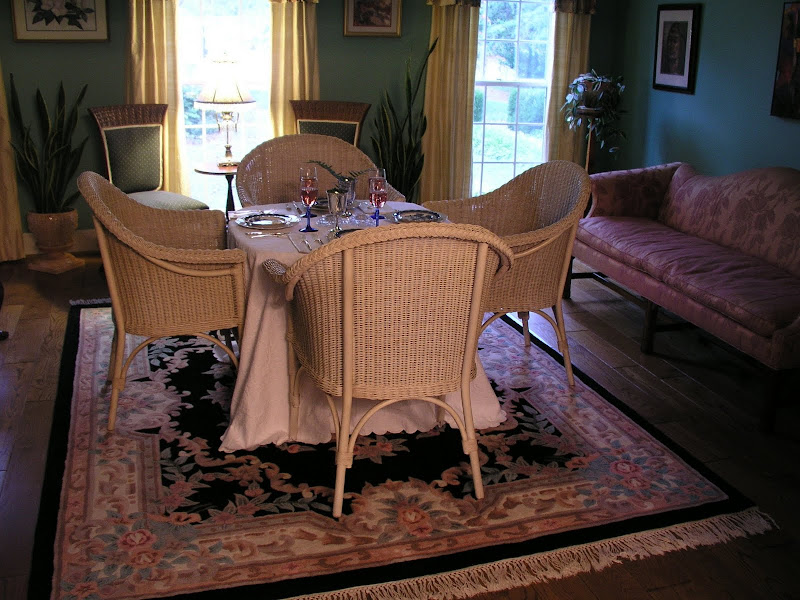 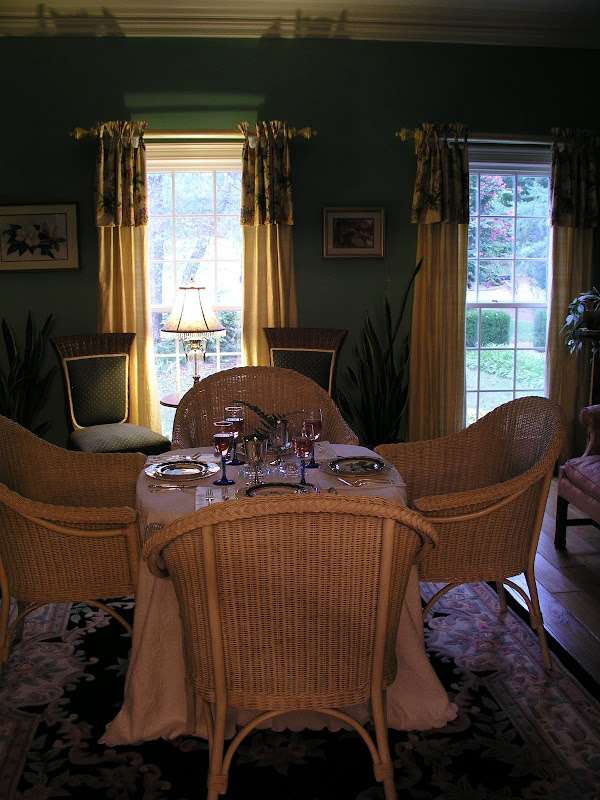 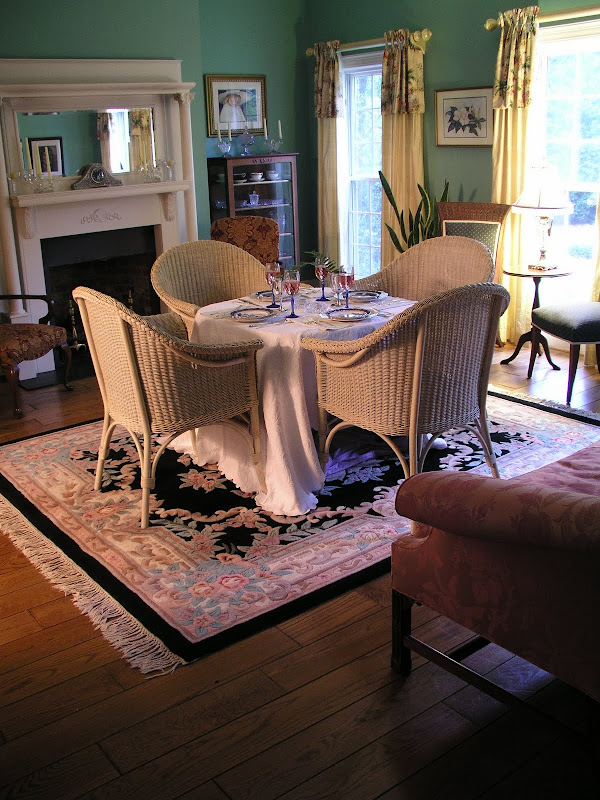 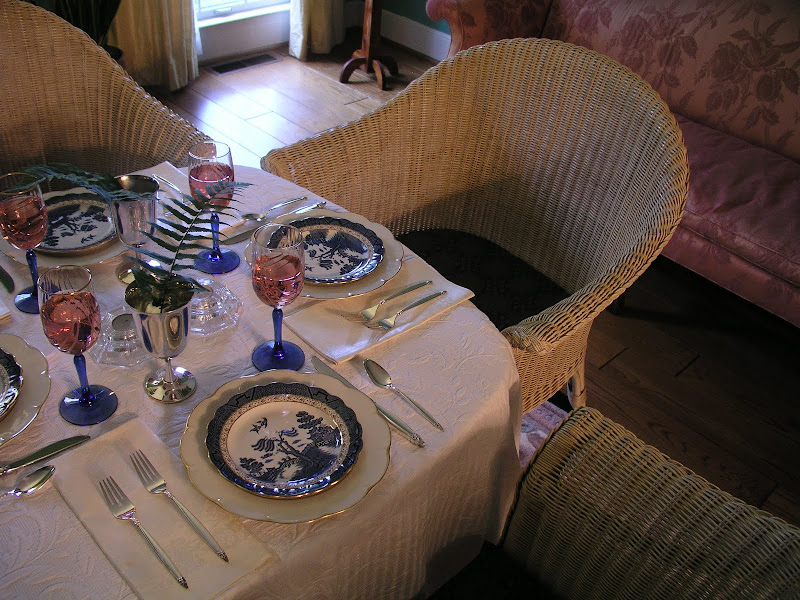 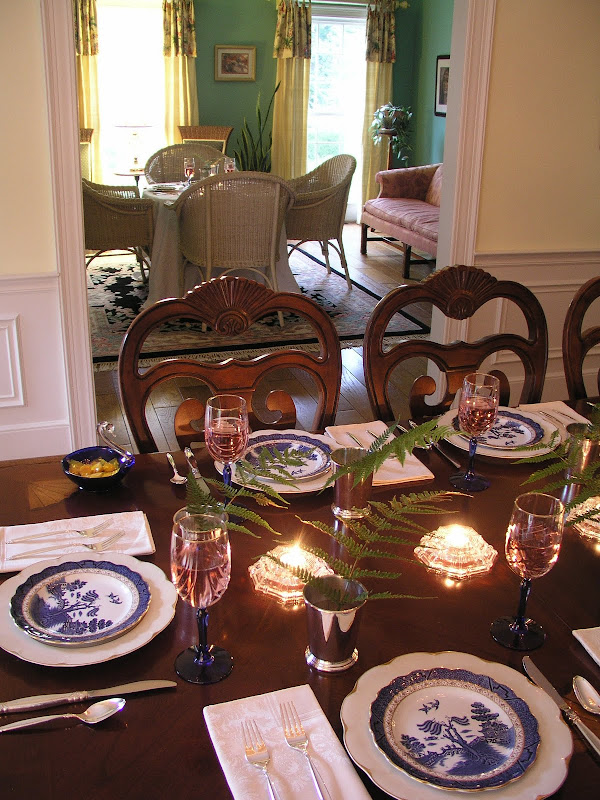 Candles always help set the mood. Perhaps I'll leave the table set and host an impromptu dinner party (and maybe I'll wash the salad plates and put them back on the table -- they came straight out of the box from the sale).
The tealight holders are from a different estate sale -- a whole box of them for a dollar or two. 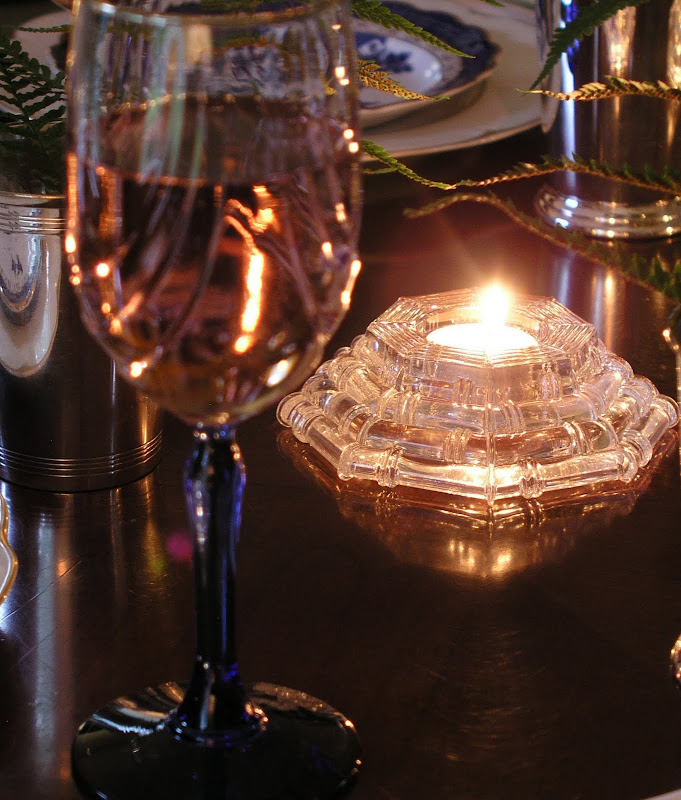 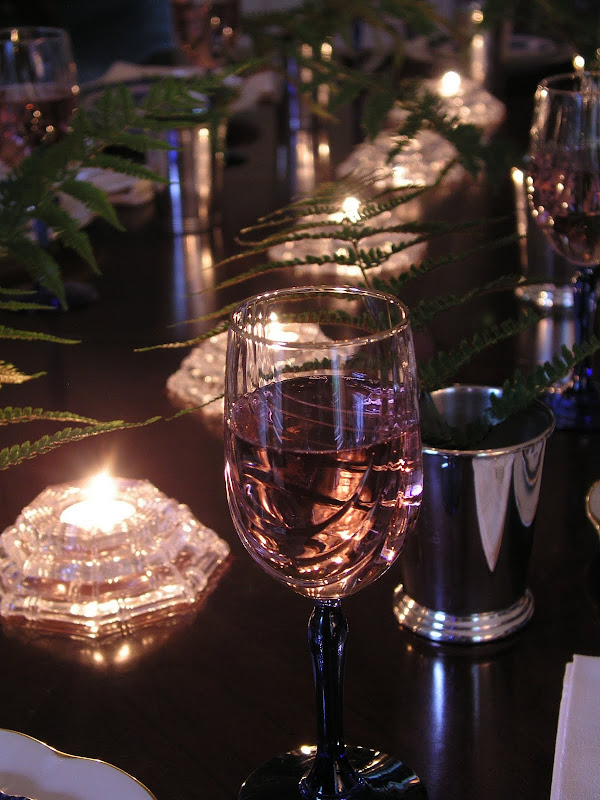 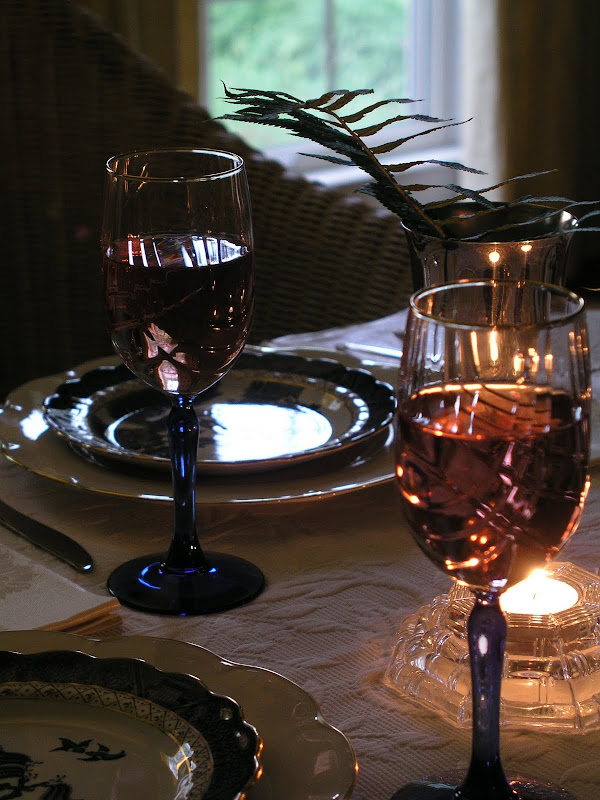 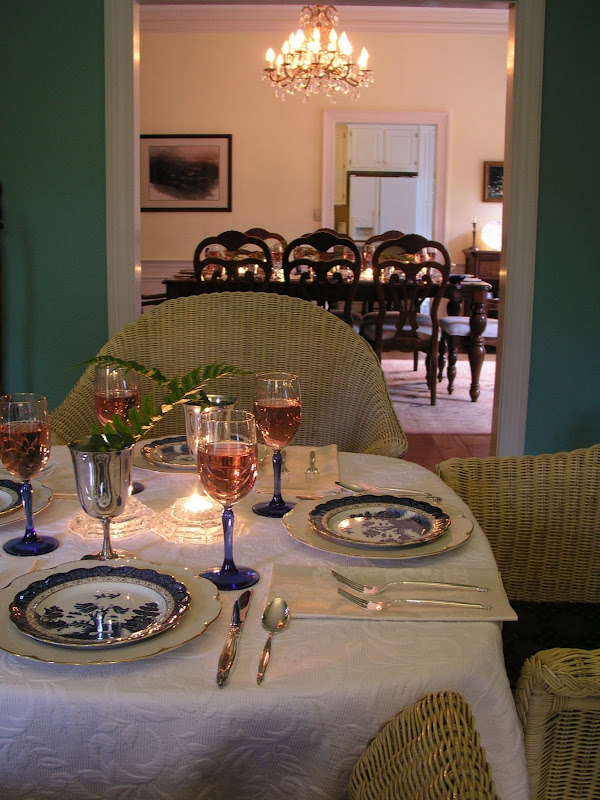 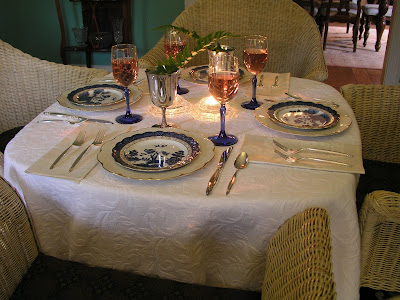 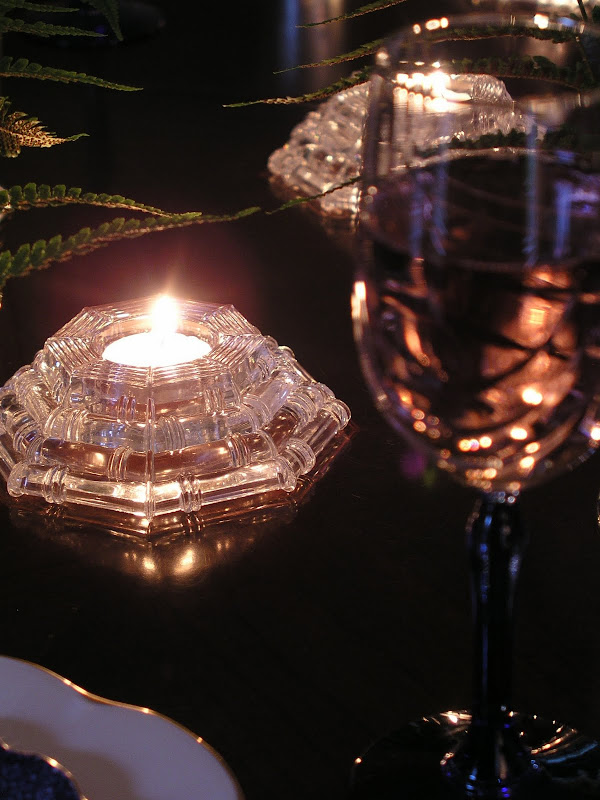 I hope you enjoyed your visit. Bye for now ...