In her younger days they called her Delta Dawn
Prettiest woman you ever laid eyes on ...


If you’ve read my previous posts, you’ll know I frequently refer to items I’ve purchased at estate (tag) sales. I love going to them. I feel the excitement rising as I approach one. I have to remind myself to “please keep your seat belt fastened until the plane, I mean car, comes to a complete stop.”

I’ve been to a LOT of them. I can almost always find some little something to take home and treasure, but they’re definitely a mixed bag. The ones I like least seem to be little more than moving/garage sales.

At one of those “just OK” sales, one of the workers told me “the next one’s going to be in Brownsville, and it’s going to be a GOOD one.” When I mentioned it to a friend later, she said “That’s Delta Dawn’s house, you know!” I didn’t know. Do you remember the song, “Delta Dawn,” made famous by, among others, Helen Reddy, Tanya Tucker, and Bette Midler?

I did know that the man who wrote it was from Brownsville, Tennessee. I’ve heard him (Alex Harvey) perform the song. True or not, the idea that the house had “a history” added to its mystique. 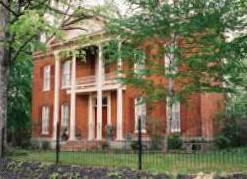 I was familiar with the neighborhood – some of the most impressive old homes in Brownsville. This one appeared deceptively modest from the street. Up close, the quality was apparent; it just wasn’t as grand in scale as some of its neighbors. The sale was advertised as being the possessions of three generations of the same family – one of those “fine old Southern families” -- socially prominent, cultured, well-educated. By the time the last inhabitant died, the sole heir was in a faraway state and wanted none of the contents of the house. The instructions were to sell everything. 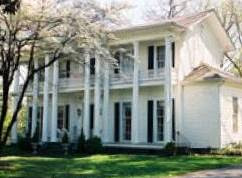 The sale attracted a HUGE crowd. Cars lined the surrounding streets for blocks and blocks. People were standing in a long line to enter the house (and I later learned, in a long line to pay and leave). The large backyard was packed with people filing past long rows of tables piled high with lesser items that had been moved outside. I picked up a set of vintage damask dinner napkins, a box of ribbons, and a small silver tray. I asked about a large concrete urn next to the house (filled with old dirt and dried remains of a plant). I knew the worker; he said I could have it for $25 … “if that’s OK.” I thought it was a good value compared to garden center prices (and this one was pre-patina’d!). 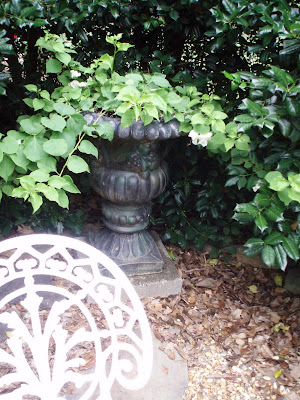 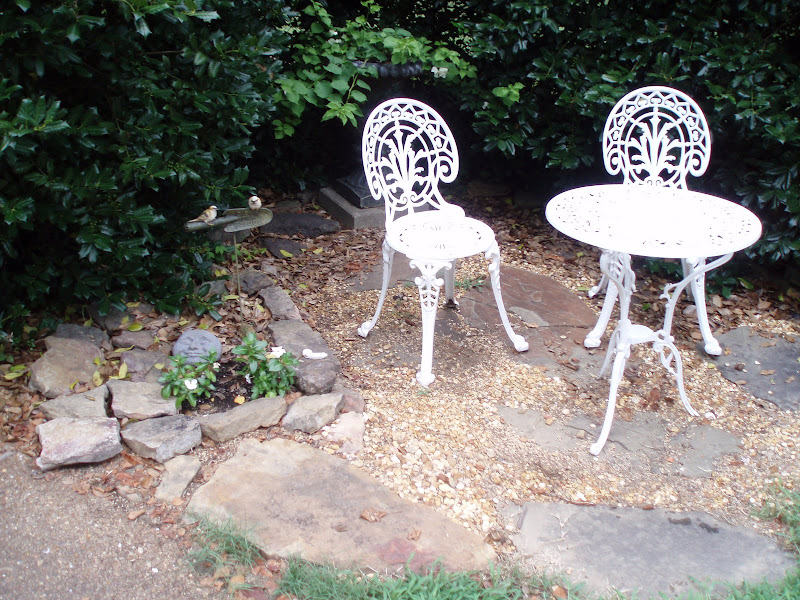 It saddened me to see old, yellowed pieces of sheet music blowing about in the warm, late-Spring breeze. I picked up some of them; they were from the early 1900’s. There were old family photographs – some had writing on the back identifying the subjects. One of the women was so beautiful I almost took her home to give her a place of honor among my own ancestors.

As I was waiting to pay, a woman I know came up behind me. She and I cross paths frequently (never before at an estate sale). She’s tall, blonde, patrician-looking. I asked her about the Delta Dawn rumor. She smiled and answered, “Well, Alex always said she was a composite of women he’d known – mostly based on his own mother.” Then her eyes sparkled as she leaned forward and whispered in a conspiratorial tone “But everything about this family fits perfectly.” I decided to accept that as sworn testimony from an expert witness.

I only bought one item inside. Most of the antiques had already sold. I heard that three sets of sterling flatware were snapped up within the first ten minutes of the sale. I picked up one little monogrammed sterling ladle. It was $17. I don’t know if it was a bargain or not, and, for once, I didn’t care. 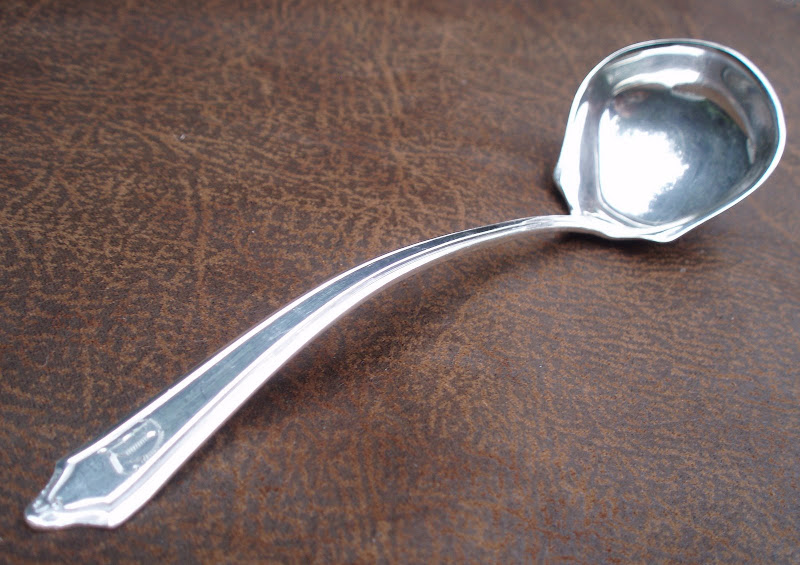 This one has more of a gospel flavor: