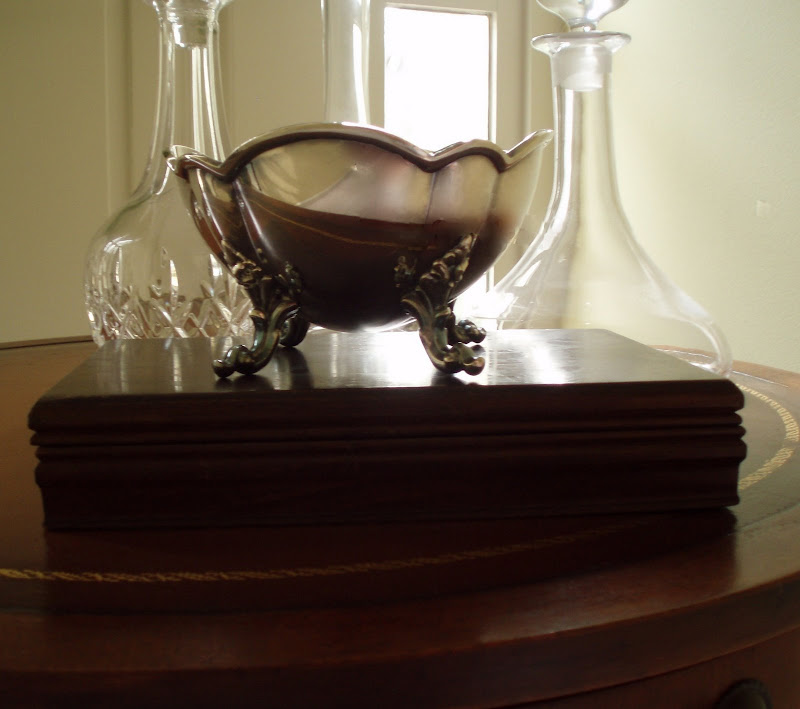 We all know the part tea has played in US history – the Boston Tea Party being the most famous and dramatic example of how important the stuff was to American colonists. After that, there was a gradual transition to coffee being the hot beverage of choice. In the last hundred years or so, tea made a huge comeback, especially in the South, in the form of an iced, sweetened beverage served in tall glasses, often with a lemon wedge perched on the rim.
The afternoon tea ceremony never really went away of course. It became a social ritual (primarily for cultured ladies). The development of electroplated silver serving pieces made it possible for families of relatively modest means to afford to own impressive silver teapots and serving trays.
One element of a typical tea service that’s often omitted today is the “waste bowl.” Wikipedia online dictionary tells us that:
“A waste bowl, or slop bowl, is one of the components of the traditional tea set. In modern times, the slop bowl is used to hold the discarded hot water that was used to warm the teapot. Earlier uses may have included emptying un-drunk cold tea into the slop bowl before refilling the cup with fresh, hot tea. “
I wanted to show you one of my more interesting recent Goodwill finds. I was drawn to the shape and picked up the blackened object. I turned it over and could make out the words “Reed & Barton” and “Winthrop.” I gladly paid the price of $2.99, rushed home to give it a quick polish, and then went to the Replacements, LTD website to see what I’d found. Winthrop was produced from 1850-1985. The Replacements price is $129.99. I almost felt guilty! But not too guilty. 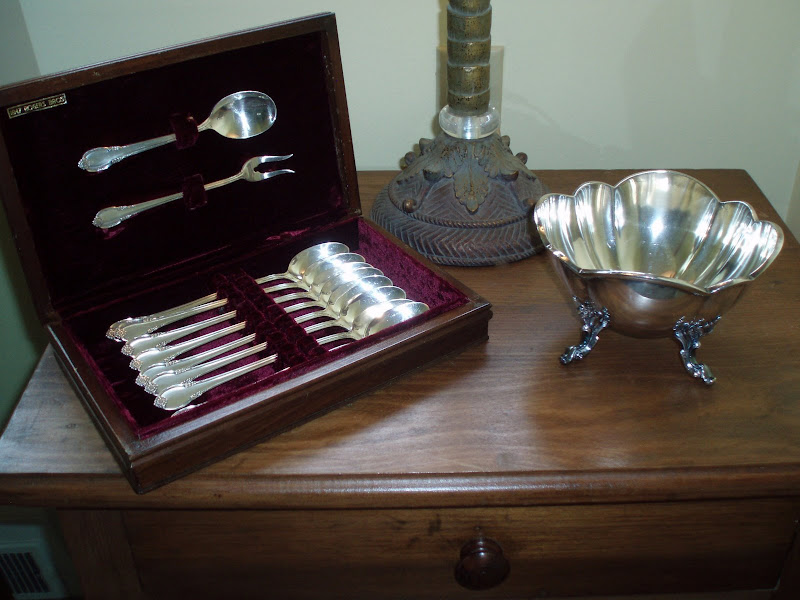 I like the feet and the overall shape. I won’t be using it for a waste/slop bowl, but I think it will be beautiful used as a candy dish, a small serving piece, or as a container for a small bouquet of roses from the garden.
The boxed set of 1847 Rogers Brothers silverplated flatware includes 8 iced tea spoons, a lemon fork, and a sugar spoon. I purchased it on eBay to supplement some flatware I already had. I haven’t used it yet, but I like to take it down from the shelf and admire it from time to time.
Do you have things like that, things you just own because you love them, to use someday … or not?