When I first heard of blogging, it was in the context of political campaigns. "Blog" ... what a strange-sounding word! "Web log" it was short for ... and anyone with a computer and an opinion could become a published columnist. That's how I thought of it ... as an opinion column.

Now it seems that everyone is blogging! The variety of topics and interests represented is tremendous, and photographs have become an integral part of the process. Today I think of blog posts as almost the equivalent of magazine articles. Articles with a HUGE difference ...

When we create a blog post and include our own photographs, we are:
writer, art director, prop stylist, and photographer. If the blog involves tablescapes ... and the post includes a meal, we become the food stylist as well. A floral centerpiece? That adds floral designer to the list.

We have to light the scene and, later, edit the text and photographs. Sounds exhausting, doesn't it? On the plus side, the process moves quickly, since every decision is made by a committee of one!

I think we know from experience that it's far better to have the scene correctly lit when photographs are taken than to try to adjust brightness, contrast, and color after the fact. I owe Susan of Between Naps on the Porch a huge debt of gratitude for the simple suggestion that I try to NEVER use a flash. If you haven't seen her recent tutorial that includes advice on photography, check it out HERE.


The first two pictures are examples of a table I photographed with a flash and then without. The first picture is cold and almost sinister. 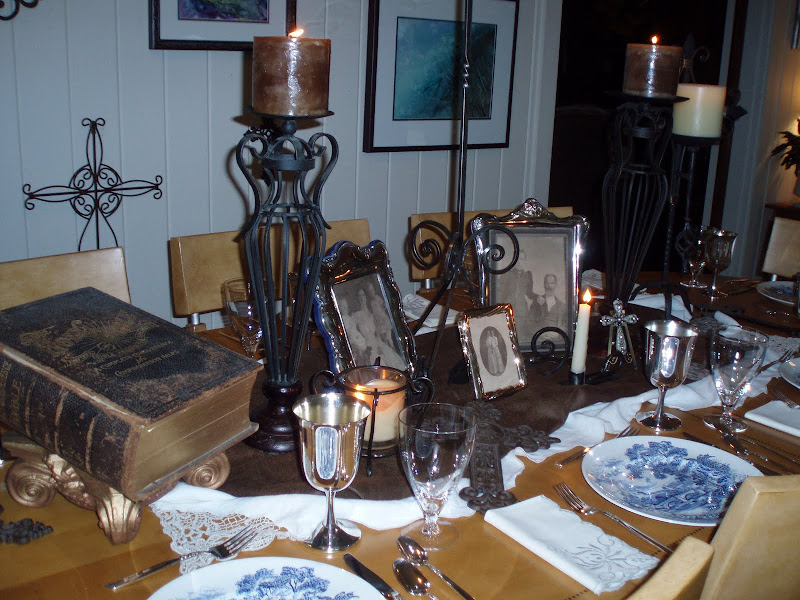 Without a flash, the camera's automatic setting allowed the natural lighting to create a warm, inviting look. I used a tripod to make sure the camera didn't move slightly and cause a blurred image (since the shutter has to stay open longer in order to collect enough available light to get a well exposed shot). 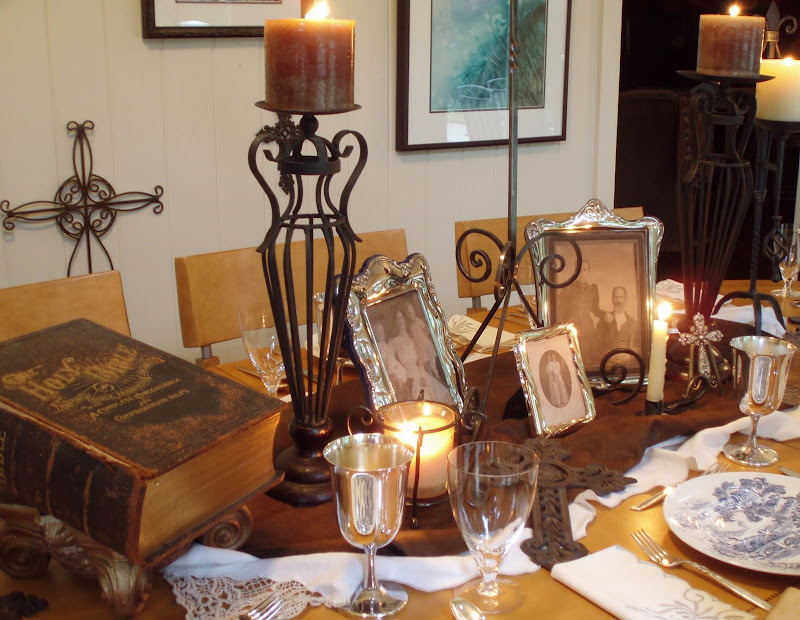 So far I haven't felt the need to adjust brightness or color before I've posted images. I might ... if I wanted to achieve a certain look ... or correct a photograph that's slightly "off" from the rest.

Sometimes the perfectionist in me does come out and I'll tweak something that I really find distracting. As others have pointed out, the downside of doing all the jobs listed above is that it's easy for something to slip by. There's no stylist rushing around with pins, a steamer, and a tape measure ... to make sure everything in the shot is just right.

In the picture below, my eye kept going to the curled upper right corner of the placemat. I had already "un-set" the table and couldn't re-shoot .... 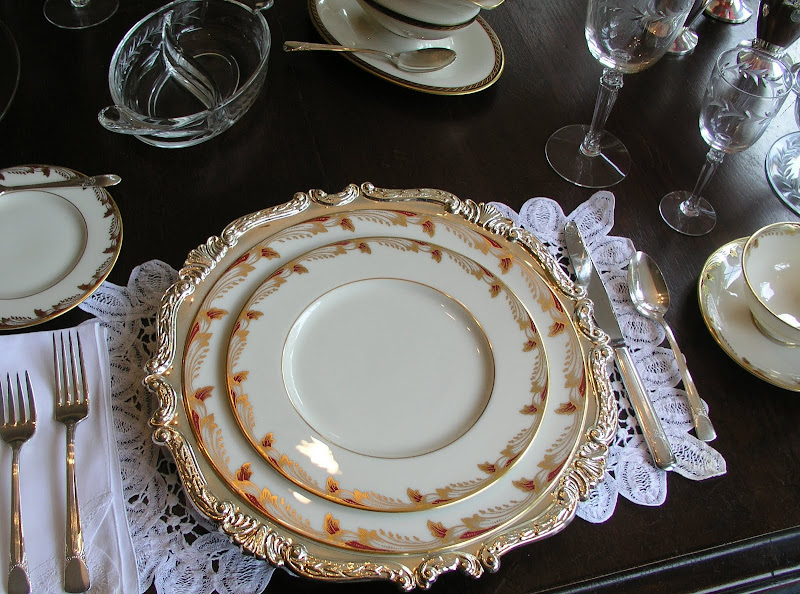 So I used PhotoSuite's touch-up brush to clone other areas in the mat and "flattened" the corner. It's not perfect, but it no longer bothers me ... as much. 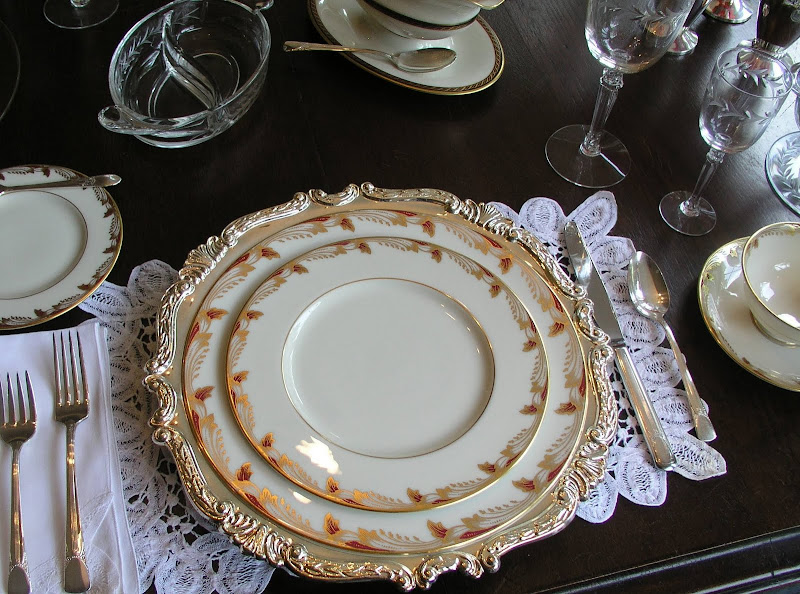 The next picture was badly marred by the shriveled daisy (upper right). While waiting for darkness to arrive to take a shot lit only by candles, the flower had dried out, and the petals had curled backward. I had either damaged the stem inserting it into the wet floral foam, or it was too short to reach the water.

It was driving me crazy, so I "freshened" it ... again using the cloning feature of PhotoSuite. I'm sure other imaging programs would work as well or better. I've tried Photoshop, and it's an amazing program ... just overkill for most of what I do. It's also FAR more expensive than a program like PhotoSuite. 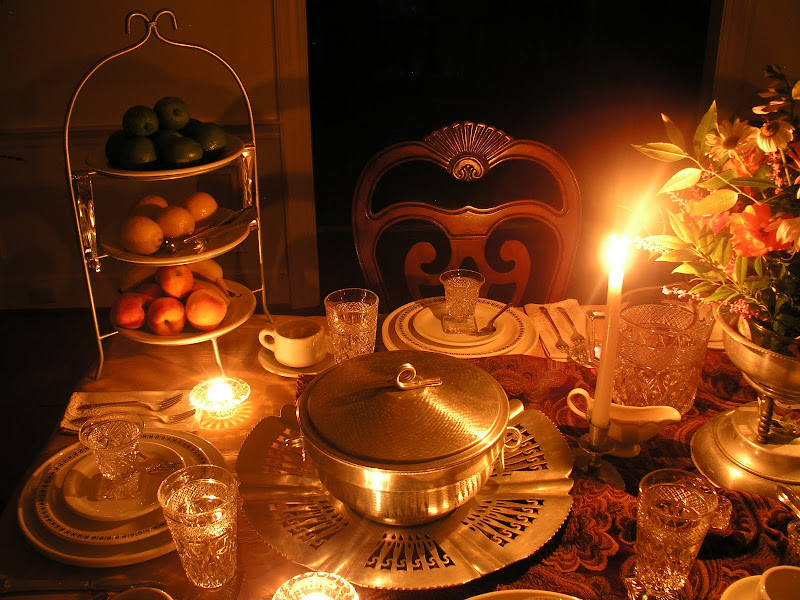 Anyway, here's the improved version. Now I can see the whole image without my eye being drawn like a magnet to the withered flower. 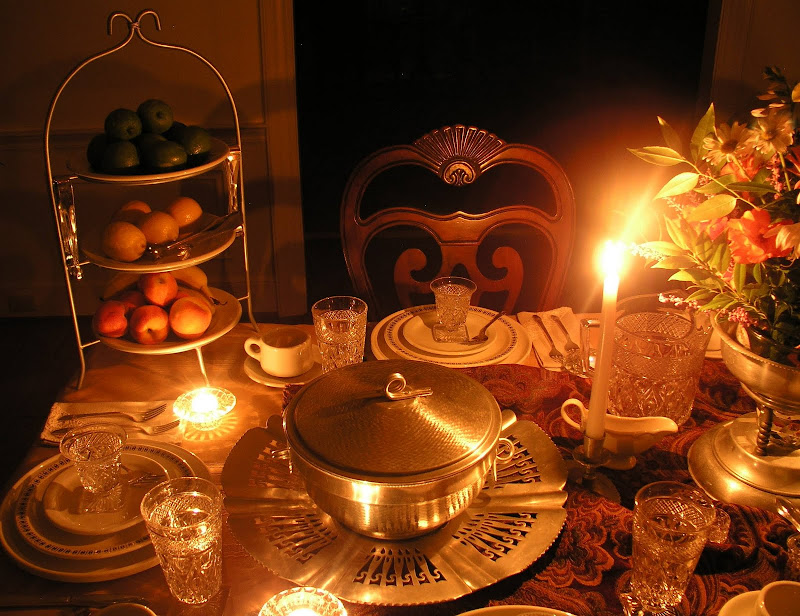 So what do you think? Is it cheating ... or just making the pictures more appealing to the viewer?

"Photoshopping" has become a hot topic when used (or is it abused?) to idealize images of celebrities on magazine covers. When does it move from a harmless correction to an unethical practice?

I'd love to hear your opinions!