It's time for the reason Mondays have become one of my favorite days of the week. Let's play "Metamorphosis Monday" with our hostess, Susan of Between Naps on the Porch.

I was feeling a little sad ... because I didn't have a "Met Monday" post for you. Then I remembered some pictures I had tucked away for a "rainy Monday." It's actually Sunday evening, and it IS raining.

Anyway, these are pictures of the facade of the house ... the house in which regular readers of Affordable Accoutrements have seen so many interior shots. When David, with whom I share this home, and I first bought the place, it appeared to be sinking behind overgrown shrubbery! The home inspection noted that the wood around the front windows was beginning to deteriorate due to moisture trapped behind the hollies that were pressing against the house.

Instead of just cutting them back, we decided to do away with them (a tough decision for David, because Master Gardeners are usually in the business of planting and nurturing, not destroying healthy shrubs). As I sawed them down with a chainsaw (the trunks were about 6+ inches in diameter) ... making those ape-like grunting noises Tim Allen used to on Home Improvement, I noticed that the shutters were crumbling at the bottom.

There had been an ongoing debate over shutters. I like them; he doesn't. Well, he hates vinyl shutters and can tolerate wooden ones if they're hinged and functional. I liked them, but agreed that the bright green was ... a bit much. He said they hid the old bricks and fought with the architectural elements. I felt they should stay, partly because the house in Natchez, Mississippi that had been the inspiration for this house had shutters. I suggested painting them a neutral olive or sage green.

At any rate, the rotting wood convinced me to see how it looked sans shutters. I grabbed a crowbar and started prying the nails out of the bricks. I think David was very surprised (as he returned from dragging fallen shrubbery to the street) to see the shutters coming down. 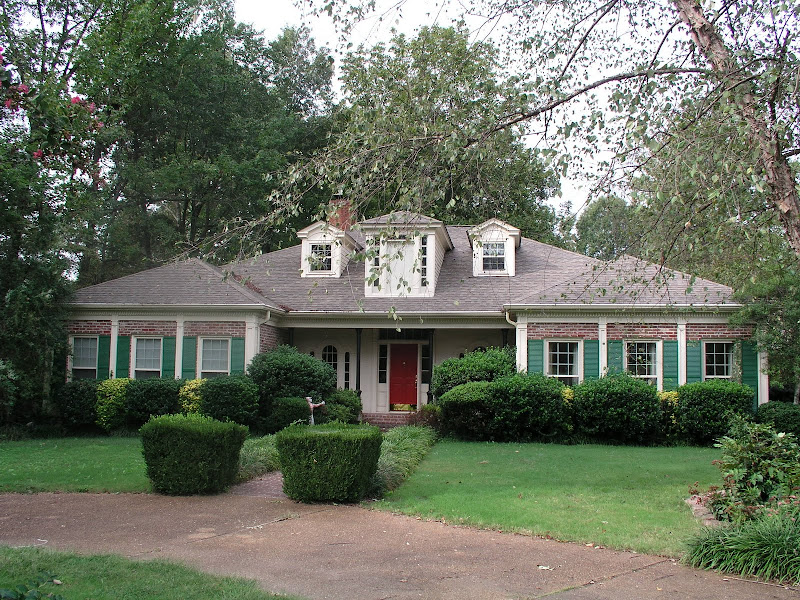 Here's how it looked (later that year) without the overgrown shrubbery and shutters. Don't worry ... the shutters were saved for future projects. I'll show you the result in a future post. 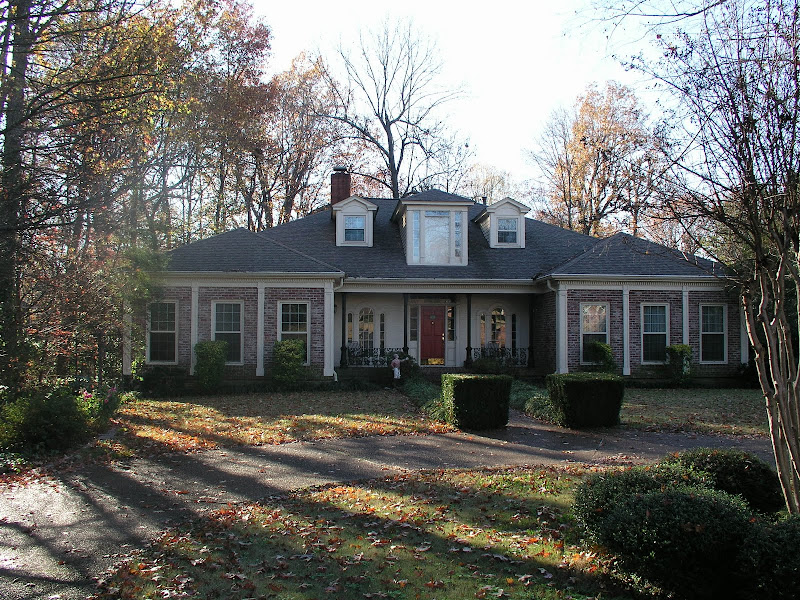 And after a late-winter snowfall ... 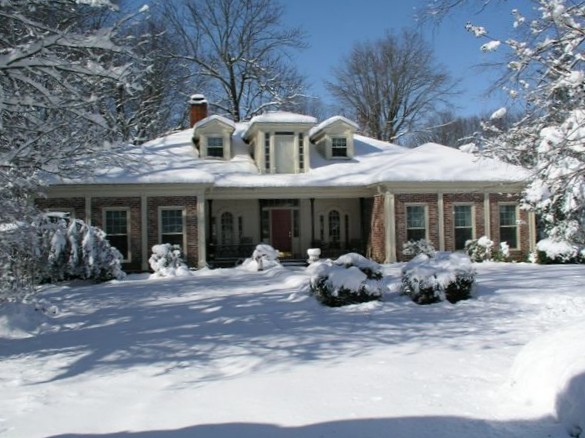 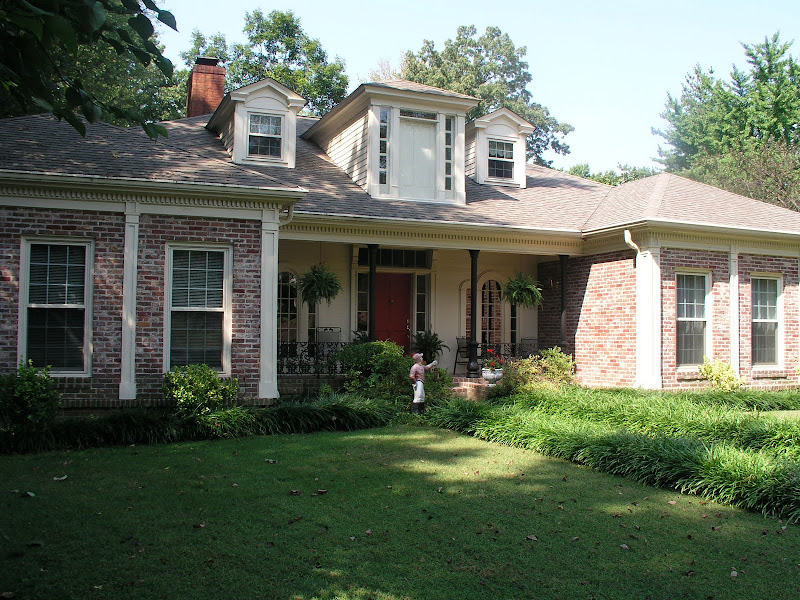 Here's the house that inspired the design, Wigwam Mansion in Natchez. It was begun in 1797, and re-designed in 1837 in the Italianate style. It was a bed-and-breakfast at one time. I wish it still were. I definitely want to tour the house the next time it's on the famed Natchez Pilgrimage (tour of historic homes).

So what do you think? Better before or after the shrubbery and shutters came down?